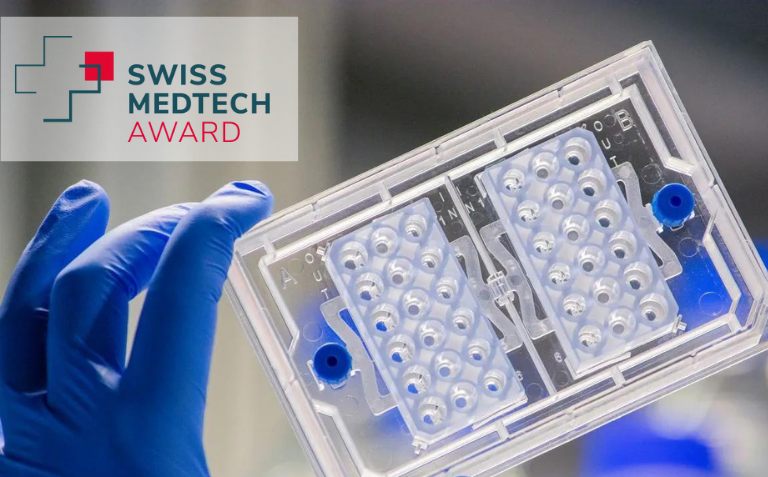 AlveoliX, founded in 2019, has created a small-scale replica of the human lung called «Lung-on-Chip» that can also mimic respiratory motions. According to the jury, this organ-on-chip technology has the potential to establish itself as the new standard in preclinical drug development, as a leading alternative to animal testing, and to significantly advance personalised medicine.

Dr Nina Hobi and Dr Janick Stucki, co-CEOs of AlveoliX, and their team have been able to recreate human lung function on a miniature scale. The lung-on-chip model simulates the microenvironment of the lung, including its respiratory movements. A thin, porous membrane facilitates the cultivation of human lung cells under extremely realistic physiological conditions. In this natural environment, cells react as they would in the human body. «Our technology increases the efficiency and safety of drug development and enables more personalised testing by using cells from each individual patient on the chip. In the future, our technology will help to reduce costs, as well as animal testing,» says Janick Stucki, describing the young company’s goal.

«We are already collaborating with large pharmaceutical companies who are using our technology to test their drugs in development. We then compare the results of our chip with existing data from preclinical and clinical studies,» Nina Hobi elaborates on the crucial step that AlveoliX includes on their way to product marketing.