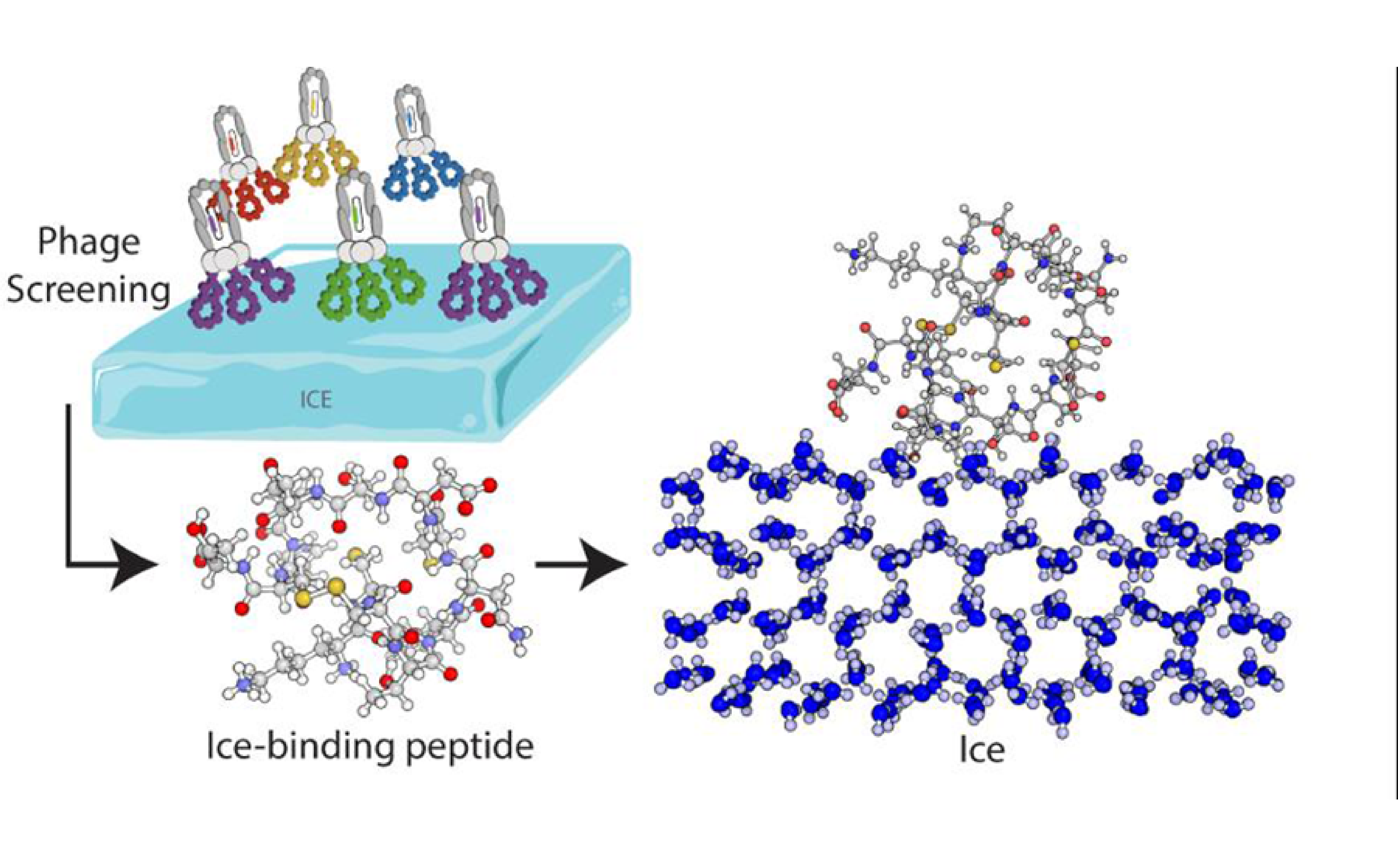 Scientists at EPFL (Polymers Laboratory) and the University of Warwick have used a virus to identify a peptide that can serve the same function as antifreeze proteins. By preventing ice formation, the compound could play a key role in preserving cells and organ transplants and in food conservation.

Some organisms have developed special “antifreeze” proteins that let them survive in sub-zero temperatures. These proteins prevent ice formation by binding to ice crystals as soon as they appear. But exactly how they work remains a mystery.

A key role in cell and tissue preservation

The threat of ice formation is a major obstacle in many fields, and especially when it comes to storing human blood, cells and even organs for transplant. Organs can be kept in cold storage for only a few hours before they become unusable, and when cryopreserving cells only a fraction are recovered. Antifreeze proteins could be a way around that problem – and could result in many more people receiving cell-based therapies by improving how cells are stored and transported. But scientists first need to better understand the mechanisms behind these proteins so they can produce synthetic compounds with the same properties.

Screening millions of compounds to find the right one

EPFL scientists, collaborating with colleagues at the University of Warwick, have isolated a peptide that can bind to ice and prevent ice crystals from forming, just like antifreeze proteins do. To find this peptide they employed a method called phage display. Phages are viruses that can have several copies of a peptide on their surface and that can be used to identify peptides capable of binding to another specific surface – like ice. The scientists screened a library of billions of phages, each with a different peptide, to find the best candidates. They then amplified those peptides and eliminated the others, and repeated this process several times. In the end they came up with a 14-amino-acid, cyclic peptide that binds particularly well to ice.