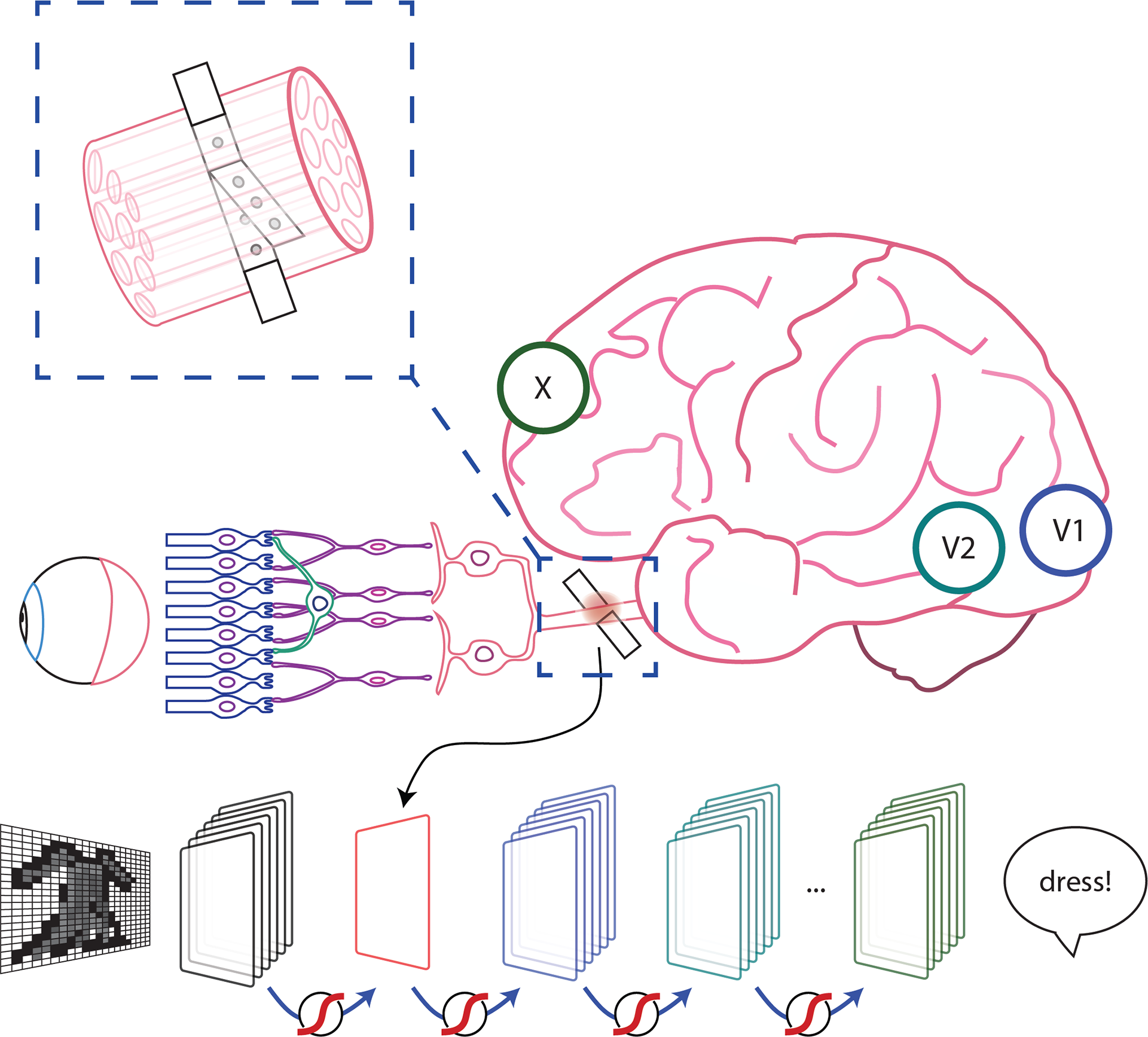 Stimulation of the nervous system with neurotechnology

EPFL scientists in a European collaboration propose a personalised protocol for optimising stimulation of optic nerve fibers, for the blind, which takes into account feedback from the viewer’s brain. The protocol has been tested on artificial neural networks known to simulate the physiology of the entire visual system, from the eye to the visual cortex. The stimulation protocol will be tested in clinical trials with partners in Rome.

Stimulation of the nervous system with neurotechnology has opened up new avenues for treating human disorders, such as prosthetic arms and legs that restore the sense of touch in amputees, prosthetic fingertips that provide detailed sensory feedback with varying touch resolution, and intraneural stimulation to help the blind by giving sensations of sight.

A collaboration between EPFL, Scuola Superiore Sant’Anna and Scuola Internazionale Superiore di Studi Avanzati, has shown that optic nerve stimulation is a promising way for developing personalised visual signals to help the blind. In a study recently published in Patterns, the protocol has been tested for the moment on artificial neural networks known to simulate the entire visual system, called convolutional neural networks (CNN) usually used in computer vision for detecting and classifying objects.

The idea is to stimulate the optic nerve through intraneural electrodes, ones that pierce through the nerve instead of being wrapped around it. Tuning this stimulation is a major challenge and this work is the first to feature automatic optimisation of optic nerve stimulation protocols.