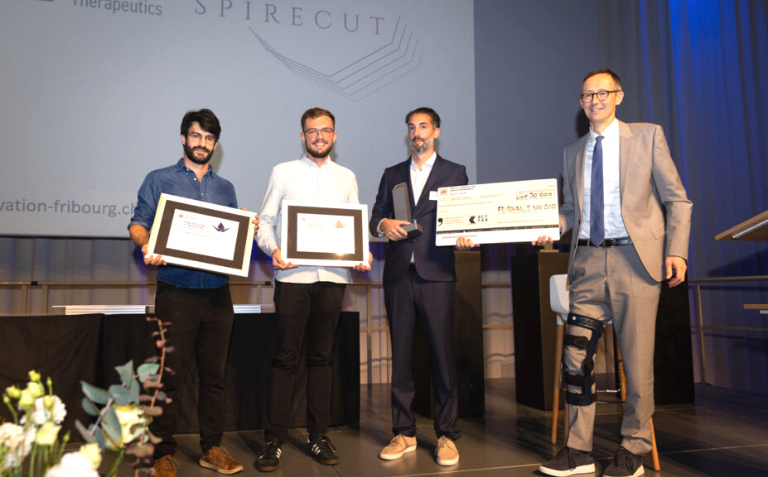 On 9 November 2022, was organised the Innovation Prize Ceremony of the Canton of Fribourg. Neuria received the most votes. The winning start-up was chosen by the jury and the public through a vote organised online for one month.

Neuria is Fribourg-based and has developed a digital therapy hidden in video games to improve eating habits. Conventional approaches to treating overweight are based on prescribing restrictive diets. As these diets often involve fighting cravings and are frustrating to control over the long term, they fail in 90% of cases. Neuria is turning the paradigm on its head with the discovery of a way to modify food preferences. The start-up has identified cognitive tasks whose repeated practice induces targeted brain plasticity in the brain’s reward circuitry, resulting in a reduction in the appeal of unhealthy foods. As a result, less food is consumed and weight is naturally reduced. The training tasks are ‘hidden’ in smartphone video games, so you just play and your health improves without even realising it.

The Start-up Prize was endowed with 30ʼ000 francs/

The Company Prize was won by Comet SA based in Flamatt and the Sustainable Economy Prize, for the first time this year, was awarded to the project presented by PMF-System based in Marly.