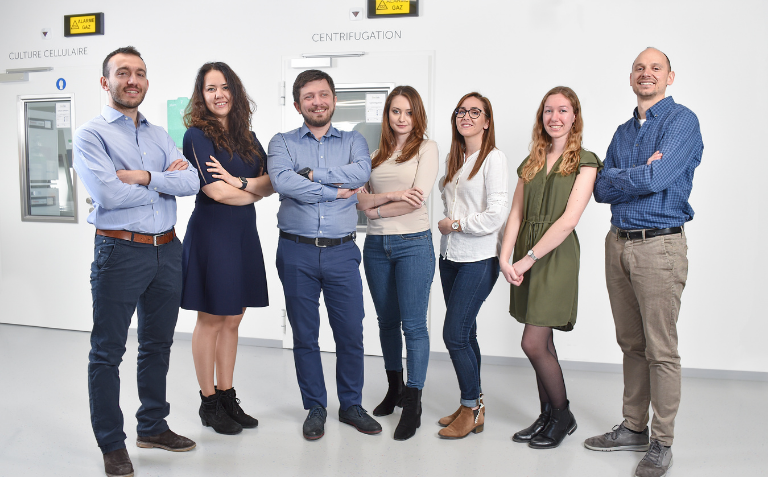 Alithea Genomics, a Lausanne-based fast-growing, emerging leader in the field of RNA sequencing and transcriptomics analysis, announced the closing of a CHF 1 million seed financing round led by the Novalis Biotech Acceleration fund, with the participation of Swiss-based private investors.

Alithea has developed a proprietary technology called Bulk RNA Barcoding and sequencing (BRB-seq), which enables the preparation of hundreds of RNA samples for sequencing in a single tube. RNA sequencing examines the quantity and sequences of RNA in a biological sample using next-generation sequencing (NGS). This data specifies which of the genes encoded in DNA are turned on or off, and to what extent, e.g., in a diseased cell or in response to a drug. The traditional preparation of samples for RNA sequencing is expensive and time-consuming due to the large amounts of reagents and manual operations that are typically required.

By drastically decreasing the cost and time associated with library preparation for RNA sequencing, Alithea believes the BRB-seq technology will be an essential tool in already existing biomedical research sectors but also in new RNA-dependent application fields. The proceeds of the financing will be used to expand the commercialization and scale-up of its new products, MERCURIUS™ BRB-seq and MERCURIUS™ Blood BRB-seq, a revolutionary approach to enable effective RNA sequencing from blood samples.

“There is a significant need to run a large number of RNA sequencing experiments in an affordable and rapid manner that, up until now, has held back the applications of RNA sequencing,” said Jan Van den Berghe, co-founder and managing director of Novalis Biotech, who has also been appointed to the board of directors. “Alithea’s BRB-seq based products have the potential to be adopted on a massive scale and expand into new and substantial industrial sectors, such as drug screening and biobank functionalization. This capital boost and associated expertise of the new board members, combined with the progress already made by the founders, positions Alithea for great success in the near future.”

“Following the successful initial launch of BRB-seq and associated kits, we are now ready to expand and scale-up commercialization. This seed financing will enable us to initiate and deliver on these ambitious plans,” said Riccardo Dainese, CEO and co-founder of Alithea Genomics. “We are grateful to Novalis and our private investors, not only for their investment but also for the shared vision of a successful future for Alithea.”

Novalis Biotech (Ghent, Belgium) is an early-stage venture capital investor in technologies that revolutionize healthcare. The company’s core competence lies in digitalization in the life sciences with a focus on bioinformatics, genomics and diagnostics. Novalis strongly believes in applying innovative enabling technology to advance the prevention, diagnosis, or treatment of a disease. For more information, please visit www.noval.is.

About Alithea Genomics
Alithea Genomics is committed to developing solutions that simplify and streamline the generation of “big RNA data”, which we believe will constitute the foundation of tomorrow’s research and medicine. Our BRB-seq technologies and kits enable researchers to discover novel biomarkers and essential data needed to develop new drugs at a fraction of the traditional cost and time. Alithea Genomics was founded in May 2020 at the EPFL in Lausanne, Switzerland. More information can be found at www.alitheagenomics.com.